How to Provide Needed Planning and Research for Dissertation

A dissertation is an academic task where a student is required to come up with a topic, plan and execute a project based on that topic and explain what he/she did and the findings. The most 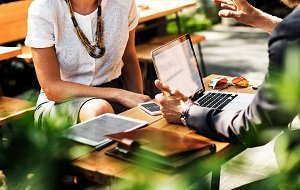 important stages to consider when preparing a dissertation include choosing a topic, coming up with research questions, planning the research for dissertation efficiently, being organized and using specified methods while conducting the study and finally reporting the research. Let us take a more in-depth look at these stages.

Dissertation on Counter Terrorism in UK

Topic: Counter-terrorism Measures after September 11, 2001: the effect on International Mobility and Migrant Workers in the United Kingdom.

Abstract
The United Kingdom entered the twenty first century with radical changes to its migration legislations largely in response to the surge in terrorism activities against its interest domestically and oversees. The new legislations enacted to guarantee homeland security from the threats and attacks from terrorist elements have unwittingly extended to impact the lives and migrants including those seeking to enter the country and those already residing there. This study will essentially be assessing how the evolution of anti-terrorism legislations in the United Kingdom since the dawn of the new millennium has impacted the state of migration over the last decade and of course the possible ramifications coming out of this.
Key Words: Migration, legislation, terrorism, United Kingdom

The world witnessed a major shakeup in international jurisprudence following the tragic events of the 2001 terrorist attacks on strategic locations in the United States. A shakeup that has left pundits within the legal fraternity sharply divided on the legality or otherwise in pursuing tough measures in combating future terrorist activities; indeed the United Kingdom and its traditional ally have especially borne the heaviest brunt of criticism emanating from critics of the so-called scorn of international laws perpetrated under draconian instincts. Both countries have especially come under fire for their loose definition of what constitutes terrorism inasmuch as such definitions have informed the promulgation of anti-terror laws.
For instance Human Rights Watch is on record to have called into question the looseness of these definitions and the accompanying laws that come out of them within the backdrop of how these anti-terrorism laws are steadily becoming an impediment to the safeguard of international human law.

View more
Oct 11, 2010
Filed under: Uncategorized — Tags: counter terrorism dissertation, dissertation writing, free dissertation examples, sample dissertations, terrorism in uk — Joan Young @ 6:36 am
Benefits for you
To start, you can
Get a quote Order now
Our services:
Format & Freebies
Order now
Download our app to get fast writing help and track your order!