Tips on Writing a Religion Essay: Topics and Handling Structure

Religion has always been interesting and thought-provoking since the existence of man on earth. The man’s mind was curious to find out the wonders of nature that could not be comprehended by tribes and the society at large. An essay about religion is likely to be assigned to you if your area of study involves religion, sociology or literature. 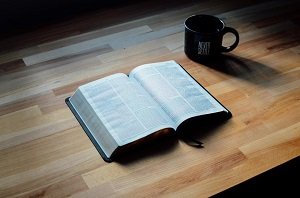 At first you might be puzzled by the task. Especially if you are an international student. However, our tips are supposed to help you out. Read on!

Structure of the Essay on Religion

This is a free example essay on Christian Propaganda:
Throughout history, the Christian community has used various ploys in order to gain members. In the Ninth Century AD, monks, in England, recorded the folklore of their “heathen” neighbors in their own language. In the 11th through 18th centuries, in various areas, Catholics used raw torture and death to force conversion. And even today television stations such as PAX “family programming” is little more than tele-evangelists and trumped up “miracles.”

Two prime examples of the texts written and some what enriched by the monks of England are, of course Beowulf and Judith. While it remains unclear as to exactly who wrote the original manuscripts, it is believed that it was a monk or priest, and it has been widely accepted that these stories were handed down, generation to generation, by oral tradition. The epic poem Beowulf directly precedes Judith in the same manuscript, leading us to believe they were recorded by the same persons, with the same motives. In Beowulf we read of a hero that destroys the enemy of his brethren, Grendel (and Grendel’s mother), believed by some to be the descendant of the biblical Cain, thus ending his lineage; a lineage that has been that of pure evil from the time of Cain’s brother Abel’s murder. Beowulf then leads his people into battle with the dragon, killing both the dragon and himself, much like St. George. In Judith we read of a heroine (interestingly an Israelite) oppressed by a tyrant, Holofernes. Eventually Judith can take no more, and rises up and smites her oppressor, with, ironically, his own sword. Much as the Hebrews did in Exodus.

Refutation of the Myth Theory Essay

It is therefore no wonder why the believers are playing defense as rash and blazon minds try to shut down the key to Christianity. The four main theories set down to disprove the resurrection are the swoon theory, hallucination theory, myth theory, and the conspiracy theory. Using the analogy of an archer and his bows, it is up to bold and resolute Christians to counter the piercing claims the non-believers fire attempting to hit the bulls-eye – the core of Christianity.

The most intriguing of the non-believers theories is the myth theory. It accounts as a post-modernist correlation of the hallucination and conspiracy theory, and is the accepted ‘standard line of liberal theology.’

I decided to choose the refutation of the myth theory for the content and evidence argued is the most factual and objective of all the theories. Also, it is the most interesting and explores a wider base than the other theories.