DARPA is an advanced research projects agency. This agency functions as a part of the Department of Defense for the United States. They are responsible for developing new technologies primarily for the use by the US military.

It was under President Dwight D Eisenhower that the organization was created at the beginning of 1958. 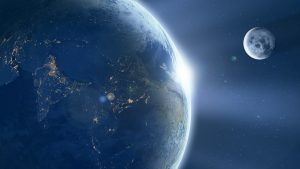 This organization was founded in order to research and develop projects which expanded what we knew of science and technology, something which was designed to go beyond our immediate military needs. The administration created the organization in response to the Soviet launching Sputnik, with the overarching goal of making sure the United States military would have more sophisticated technology than any potential enemies. In spite of the fact that the organization name has been changed multiple times the internal structure with this sole mission remains the same.

View more
Jul 5, 2016
Filed under: Uncategorized — Tags: advanced research projects, research projects — Joan Young @ 9:45 am
Benefits for you
To start, you can
Get a quote Order now
Our services:
Format & Freebies
Order now
Download our app to get fast writing help and track your order!