Inspiring Real-Life Stories to Cover in Your GCSE English Coursework

We understand that GSCE English coursework is not one of your favourite tasks because it requires a lot of energy, hours and mind work. However, it is one of those assignments that you hesitate 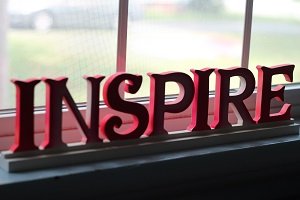 to approach, but get deeply involved in after plunging into it. The reason for it is that the task challenges you to appeal to the readers emotionally which is not that easy when you have no idea who will go through your essay. It’s also cumbersome because you have to demonstrate your potential as a writer as well as show the level of your English language knowledge.

If you feel at loss as you have no idea what you can write about in this coursework, have a look at our inspiring stories of real people that will help you find that emotional spot. And after that you’ll worry about grammar, punctuation and style because it’s always easier to edit the existing piece than creating it from scratch.

Susan Boyle comes from Scotland. She has been dreaming to become a great singer for her whole life, but only at the age of 47 got she an opportunity to show her voice to the wide public. Participating in Britain’s Got Talent she sang “I Dreamed a Dream” and impressed the audience, becoming popular shortly after it. During the show she said that her favourite singer and idol was Elaine Paige. In 2009 Susan performed with her in a duet.

Team Hoyte consists of 2 people: a father – Richard Eugene Hoyte – and a son – Richard Eugene Hoyte Jr. Richard Jr. was born with cerebral palsy, and as a result he can’t move properly. One day he asked his father to participate in a beneficial run for a boy who became paralyzed. After that his father started to exercise and eventually ran that race with his son. Through the years they took part in marathons, Iron man competitions together with Richard the Father carrying, pulling and riding Richard Jr.

A single mother with an 8 year old son was diagnosed with a liver cancer. She didn’t have any family to take care of her child, and while being at the hospital she asked an oncology nurse, Tricia Seaman, to adopt the boy after her death. And Tricia Seaman did it after knowing the woman only for 10 days.

A surfing prodigy, Bethany Hamilton, lost her arm due to the shark attack when she was 13. Now she is a 26 year old woman who won a surfing competition with a six-time world champion (who is not disabled by the way). Bethany doesn’t pay attention to the fact that she has only one arm and doesn’t cut herself any slack.

These stories are very inspiring and motivating – just take a moment and feel how you react to such incredible facts! We perfectly understand that you may not have been in such dramatic situations, but you get the idea what gets people’s emotions going. Choose some event from your life (or even make it up) that posed a challenge for you. Describe how you overcame it and voila!

After all, if you need GCSE English Coursework writing assistance from experts, visit this page.