Geography Essay Sample: Summer in Different Parts of the Globe

If you are going to write a college paper, it’s a good idea to look at an example first. This will help you understand the structure of an essay and what needs to be included. Here is a geography essay sample for you to reference when you write your own geography masterpiece. 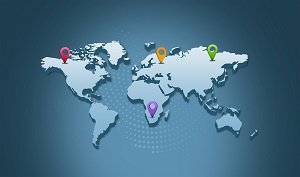 Often, people think that summer is warm, and the sun is always shining. This is not always the case for summer varies in different places around the world. There is not one single definition of the season when it is looked at from a global standpoint. There is a handful of differences between each country’s summer season and what it looks like.

If you live in the northern hemisphere, you know that summer occurs in June, July, and August. Those who live in the southern hemisphere experience summer in December, January, and February. Not every country has their summer season at the same time. This is one of the major differences between summers in different places around the world.

Another variation in summer around the world is that some places get warmer and drier while others get warmer and wetter. Drier climates often go through droughts in the summertime, which cuts back on their crop production. Tropical areas are known to be more humid, which means that summer is the “wet season”. This is also the season where the most vegetation grows in tropical countries. Hong Kong has a sub-tropical climate, which means that they grow many of their crops during the summer season.

Overall, there are a few cities that are hotter than all of the rest. Kuwait City, Karachi, and Ahvaz often reach the highest temperatures when compared to others. Particularly, in Kuwait City, the temperature might reach 44 degrees Celsius, which is equivalent to 111 degrees Fahrenheit. This is common during the summer months from June to August. This city, along with Karachi and Ahvaz, experiences more than a few negative effects from the hot weather. The citizens are prone to heatwaves and poor air circulation.

Of course, this is not what summer looks like all around the globe. In New Zealand, there can sometimes be a lack of consistency when it comes to weather. New Zealand is located relatively close to Antarctica. Recently, in January of 2017, this country should have been experiencing its summer season. Instead, it was met with a “weather bomb” which led to flooding and snowing. This is not abnormal for the country, which is located in the southern hemisphere. They have endured extreme weather conditions prior to the 2017 weather bomb.

Well, there are a lot of ways that summer can present itself throughout the world. There is not one correct route to describe summer because it can look different in each city or country. Some countries have mild summers, while others have very extreme ones. Even a country’s summer season timing can vary by its location in either the northern or southern hemisphere.

As an option, you can contact our writing service for hiring custom essay writers who are experts in writing excellent geography essays and research papers.

←&nbsp20 Geography Dissertation Topics to Call Your Audience to Action on Summer Holidays Geography Homework Help: 4 Introduction Hooks to Make Your Audience Listen to You →